Can I Remove Bats from My Home During the Summer? 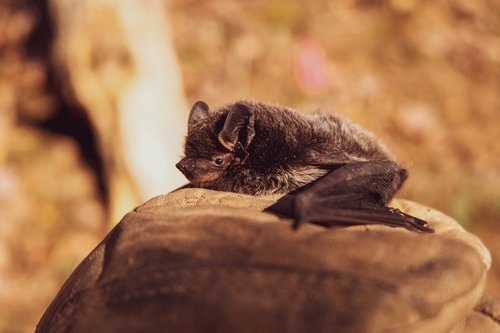 CAN BATS BE REMOVED IN THE SUMMER?

The summer months bring legal restrictions on bat removal. What can be done about a bat infestation in summertime?

Over the last few years, federal and state rules have been added to protect vulnerable bat species. One new regulation is a summer “blackout period” during which Ohioans are prohibited from excluding (removing) bats from man-made structures.

If you have a bat colony living in your home or building in the summer, what does this mean for you?

Ohio law puts certain restrictions on bat exclusion from May 16 through July 31. Outside of this “blackout period,” we still remove bats as usual

If you have a bat problem in late May, June, or July, you still have some options. My first question is always: how many bats are there?

If you have a very small colony in your home, we can still perform an exclusion during the blackout period. We always start with a bat watch to determine how many individuals are living in the structure. If the colony has fewer than 15 bats, it can be excluded as normal.

If the colony is large (anywhere from 15 to hundreds of bats), then it is most likely a maternity colony. Pregnant female bats gather in large groups to share body heat and resources.

Maternity colonies usually stay together for about two months until the offspring have developed enough to leave the colony. Since young bat pups are not able to fly for several weeks, they cannot be removed through valve exclusion methods. If a maternity colony is excluded as normal, pups will be left behind. Females can cause additional damage attempting to reenter the structure.

Because of the risks to the wider bat population, these maternity colonies must usually be left alone. The Ohio Department of Wildlife does allow some exceptions, though. We can help you apply for an authorization to remove a large colony during maternity season if the colony poses a risk to human health and safety.

Often, it may be best to wait until August to exclude a large colony, when the process is safer. Maternity colonies break apart on their own when the pups are able to fly independently, so some of the bats will begin to leave in late summer.

Ohio homeowners who spot bat problems in the spring should schedule exclusions before May 15th to be sure that pregnant females cannot take up residence. After the May 15 cutoff date, you should contact us as soon as possible to discuss options- Even if we aren’t able to exclude the colony until August, there’s still a lot we can do. I usually find that we can do 99% of the job ahead of time. During the blackout period, we can inspect the home and prepare for exclusion. If we make sure every other opening in the structure is sealed, then the only thing left to do is install the valve (a one-way door that lets bats leave but not retum) once August begins.

If you have a bat problem, be sure you’ve hired an animal removal company that’s up-to-date on the current protections for bats. Your contractor should let you know if you’re within the blackout period and discuss your options with you. Experts should always fully understand the law, and these rules should not be ignored.

I know that homeowners with bats want the animals gone— now! I want your home back to normal as quickly as possible too. Complying with regulations is the only way to avoid making the problem worse and ensure that the job is done right the first time.